No doubt by now you've seen the announcement from the DfT regarding the future legislation around drones, the full announcement is in this LINK but the key data is this:

New safety laws to help put the UK at the forefront of drone technology.

Police are set to be given powers to prevent the unsafe or criminal use of drones as part of a new package of legislation.

The measures are intended to allow drone users to continue flying safely and legally, helping to place the UK at the forefront of the fast-growing drone industry. This will also pave the way for the devices to be harnessed for a range of uses by businesses and public services.

The draft Drone Bill, which will be published next spring, will give officers the right to order operators to ground drones where necessary. Officers will also be able to seize drone parts to prove it has been used to commit an offence.

New measures will also make it mandatory for drone owners to register to improve accountability. And drone operators will be required to use apps – so they can access the information needed to make sure any planned flight can be made safely and legally.

Banning drones from flying near airports or above 400 feet could also form part of the new regulations.

The news comes as funding for a pioneering new drones programme is announced to help cities shape the way this new technology operates and the benefits it brings.

Drones have great potential and we want to do everything possible to harness the benefits of this technology as it develops.But if we are to realise the full potential of this incredibly exciting technology, we have to take steps to stop illegal use of these devices and address safety and privacy concerns.These new laws strike a balance, to allow the vast majority of drone users to continue flying safely and responsibly, while also paving the way for drone technology to revolutionise businesses and public services.The government will publish the draft Drone Bill for consultation and introduce secondary legislation amendments in spring 2018. Changes to the Air Navigation Order will mean that that mean:

- drone users will have to sit safety awareness tests

- The government is also working closely with drone manufacturers to use geo-fencing to prevent drones from entering restricted zones."

So what does this actually mean for you? Well as it stands today there is no actual change in place right now, this announcement is purely to warn of the impending changes to legislation that will be hitting us in 2018. Those of you that have been following the consultations will be familiar with the route EASA are looking at taking, of which i'm confident this is going to form part of.

Looking at the information given its clear that Safety awareness tests and registration are coming, the real questions though are:

Be clear none of this is known just yet, but the consultations prior to this have all indicated that if the tests are going to cost significant amounts then it will be a deterrent and may have a negative impact on the scheme, the prices mentioned previously were £5-£10 but we will just have to wait and see, whats not clear is how long this is valid for, which may prove to be an interesting sticking point if rules and legislation change frequently. As to the locations I anticipate that the NQE's (commercial training companies) will be in a good position to offer this, however in order to not discriminate there needs to be some careful thought about the locations you can take this test, its also possible that the lower risk classes will be an online test, which would be a sensible move.

When it comes to geofencing its a real headache, those of us that have used DJI equipment will know the difficulties we face with areas locked down, now while this is a good idea there needs to be a service level agreement or simple process to unlock these areas for legitimate legal use, in addition i think its safe to say there are plenty of people out there hacking the equipment to bypass the safety features of these drones, which needs to be addressed if this is going to be effective and successful, but this could well become a restrictive measure if not carefully considered and executed well.

What is a real pitty though is it appears the home built drones will no longer be permitted as the announcement makes clear reference to an app, which would mean a whole sector could be lost with in this legislation change, that said its difficult to determine if this is actually the case, I sincerely hope not though as this is a route I took when I first got into drones

For me the biggest piece of this that's now clear is that the police will be given new powers, do I think this will make a difference? Not really, the issue has never been the powers its been about the lack of man power and knowledge for those tasked with enforcing the rules, which as i said in a previous post, is simply not their fault when they are already pushed to the limits. But for the majority of the commercial and hobby flyers this will have no impact on them directly, it is simply another tool to aid the police and authorities do their job.

The big question though is still unanswered, is this the beginning of a wider implementation of new rules, broadly in line with the EASA proposal? It seems as though we will have to wait until Spring 2018 to understand this fully!

I cant help but feel though this is timed perfectly to be a bit of a deterrent for those that are considering buying drones for Christmas presents, if you are considering this its worth noting that the EASA proposal makes drone use for minors a little more difficult, as depending on where they intend to fly them they need to be supervised under 16 or 14 years of age, unless of course they are less than 250g in weight in which case there appears to be no restrictions! of course if the EASA route is not adopted then this may not be the case.

So what does this mean for you? in all honesty this is no big surprise, registration and competency testing has been discussed for months, if its well thought out and executed it should be a simple painless process, it will stop the issue of people not being aware of the rules from day one but in my opinion wont have any impact on the poor flying we've seen people undertaking to get as far or as high as they can.

One thing to bear in mind though is that industry is ever evolving and the legislation and rules will also have to evolve to keep up, so this won't be the last time we see changes to the industry. 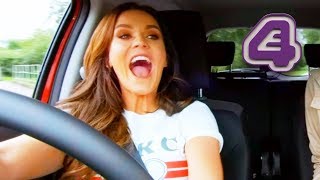